In this series “In Search of the Best” I’ll explore my obsession with travel being about a journey to find something truly unique and special to the place I’m exploring, and often this is food. I’ll preface this with an admission: I’m a coffee snob. Sydney has damn good coffee and I’ll put aside my pride and admit that Melbourne maybe even has better coffee (maybe). Even your average run of the mill side street cafe will blow an out of towner out of the water. For me however, my coffee obsession apparently started at a much younger age. When I was around 6 or 7, on a family trip to Hawaii I apparently insisted on us pulling over the family car to sample some of the local Kona coffee. My parents were astonished as to how a 6 or 7 year old even knew what coffee was and even more astonished when they later found out that Kona coffee is world famous due to it’s unique flavour profile developed by growing in the mineral rich volcanic soil.

So from a young age it appears I’ve been in search of the best, always trying to maximise my experience of the local cuisine. Using a plethora of Apps, my favorite for coffee being Beanhunter, my radar is always scanning for opportunities which often lead me on quite a journey. Omotesando Koffee was well worth the journey, it is however now closed, but that won’t stop me raving! After a sweaty trek through the winding Omotesando hills I finally came upon the 60 year old traditional Japanese house; entering, I scanned the tiny room which housed a simple bar with an exquisitely maintained coffee machine and a politely smiling Japanese man.

Having ordered my coffee I continued my scan the room and to my utter amazement I spotted something so incredibly niche and unique, particular to me, I thought it had been placed there just for me as a reward for my journey. It was a cubic canelé, a French dessert I have a particular obsession with. Canelé are unique to the Bordeaux region of France and it was there that I fell in love with the crispy outer shell of caramelized, almost burnt sugar and the creamy yet light and spongy custard in encases. They can rarely be found outside of this region of France and the secret to their construction is apparently well guarded by french patissiers. My love for them has unlikely origins; during a particularly lengthy wait for a hire car, I of course went in search of coffee, this was not a time to search for the best so I stopped at the first available cafe. Sipping on my espresso I noticed these mysteriously glistening brown fluted orbs on the counter that were particularly popular with the locals, always a good sign. Ordering one, I tentatively took a bite and as soon as my teeth pierced the crispy brown flesh and the bitter sweet morsel hit my tongue I was in love.

Leaving Bordeaux and realising that I would most likely not encounter canelé elsewhere in the world and being unable to live with that, I decided to master their art for myself. I came home with canelé molds and spent many months researching the secret recipes and trialling batch after batch with scientific precision. I even procured some bees wax to line the molds as this is apparently key to their crispy, glossy glory. This was the final result of my efforts:

Now you can truly imagine my astonishment and excitement, after my trek through the Omotesando Hills, entering this tranquil Japanese house and looking down to find this object I had labored so hard over, there in front of me perfectly constructed in true Japanese form, a cube.

From the first crunchy, gooey bite it was true to form. I knew that someone, like me had taken a food pilgrimage, taken something they too had fallen in love with and labored over it’s construction until it was perfect, they too were in search of the best. 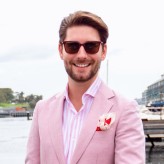